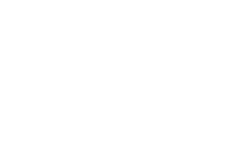 In any sport, your best athletes may find themselves on the bench due to outside forces. Usually, we think of ACL tears, serious concussions, and other injuries as the most common safety concerns for athletes – but don’t be fooled. Locker rooms and protective gear can harbor a larger and more elusive threat: germs.

How often do injuries occur?

Injuries are an expected part of any athlete’s career. In fact, 72% of student-athletes experienced an injury of some kind in 2018. And while some injuries can be season- or even career-ending, most athletic injuries can be resolved quickly.

Thanks to the quick and careful medical attention that athletes receive, they tend to heal from injuries faster than the average person. Professional athletes especially benefit from high levels of care and prevention efforts provided by their team – resulting in much less time on the bench, even after a serious injury. This isn’t to say that sports-related injuries are not serious (they are), but rather that we have the treatments and funding necessary to prevent injuries down to a science.

While trainers and physical therapists can keep watch over athletes’ injuries, it’s harder to prevent bacteria and virus-borne illnesses. As we increase safety measures for athletes, like helmets, pads, and other protective gear, we also introduce a new danger. Protective gear is rarely sanitized properly, yet it’s frequently shared amongst athletes. This is especially true in programs where there isn’t enough to go around, which can allow skin and bloodstream infections to run amuck.

While most MRSA cases are mild, serious infections can result in hospital stays, surgeries, amputations, and even sepsis and death. Consider the sad story of a 21-year-old college football player, Ricky Lanetti, who died after contracting the disease. And MRSA isn’t the only skin infection to worry about. While staph infections are generally regarded as less serious, athletes like Austin Stogner have lost entire seasons due to battles with staph.

Since athletes are in unusually good shape, you may also believe that they are in better health than the general population. However, extremely high levels of exercise produce stress hormones that actually weaken the immune system – making illnesses like the flu and COVID-19 much worse for athletes. That isn’t to say that people who exercise regularly should cancel their gym memberships, but elite athletes who practice multiple times a day, every day, should be aware of the potential to get even sicker than the average person.

With their weakened immune systems in mind, coaches of elite athletes should pay extra attention to their sanitation and disinfection practices. All gear and surfaces in the locker room should be regularly and thoroughly sanitized, especially during flu season, and players should be extra mindful of handwashing and showering. Otherwise, teams are at risk of losing their starters and other key players to preventable diseases.

You need to keep players safe, in more ways than one. Of course, the use of protective gear and padding is important to prevent major injuries – but that means you’ll need an easy-to-use, powerful sanitizer.

Global Ozone offers multiple sanitizing products to suit any disinfecting needs. Sports-O-Zone is an ozone chamber designed to sanitize any type of gear, including helmets, water bottles, and shoulder pads, to significantly reduce the prevalence of bacteria, viruses, and molds.

If you need a sanitizer that can clean areas both large and small, try the Gear Blaster. It can target hard-to-reach places, like the toe of cleats or inside baseball gloves, or you can leave it in the locker room and close the door behind you to sanitize up to 2,000 square feet.

When you need a liquid cleaner, try using KilZone, a hospital-grade sanitizer. It’s safe on everything from laundry to bathroom floors, which cuts down on the cost of buying multiple disinfectants for every need. And, no matter what Global Ozone product you use, your gear and locker rooms will be left with a clean, fresh scent. Best Practices to Sanitize Your Gym
previous
Covid Funding Guide: Where do I request funds for my athletic department?
next
COVID-19 Funding: What does the Final Rule mean?